monday through friday, 10am to 7pm

saturdays from 10am to 4pm

“Purchasing is much more than the mere satisfying of everyday needs: it is the important ritual of public and communal life, through which identity is created and changed.”

Max Hollein, ‘Shopping,’ in Shopping: A Century of Art and Consumer Culture, Tate (2003)

Gabriel Orozco proposes a game where logos and the rules of the market are set against each other, as two forms of understanding an ever-growing capitalist world in the midst of collapse: the art market and the market of household appliances in a supermarket within an art gallery.

In an full-scale association of functional operations, kurimanzutto gallery will open an OXXO, the most wide-spread convenience store in the country, which will operate as such for the duration of thirty-working days within the gallery in the San Miguel Chapultepec neighborhood.

Developed in the twentieth century, supermarkets took a clear direction: they offered functionality, standardization, and cheap prices. OXXO, a chain of convenience stores in Mexico, opened its first store in 1978 in Monterrey. Today it has over 14,000 stores and it is the largest of its kind in Mexico. Over ten million customers are served every day; 104,000 people are employed; and 1,208 new stores were opened last year alone.

In this one-of-a-kind association, unique in its scale, the entities put forth by Orozco will operate in their double identity and functionality, inviting a game of icons in which both universes participate: the world of everyday goods and the art world. With 300 products intervened within the OXXO, which could potentially reach up to 3000 works produced, this scenario combines the modes of production, consumption and pricing of both entities.

To ask questions about supermarkets in the context of a gallery environment opens onto some larger questions not about what art can represent, but how it expands into daily life and what this can reveal. Gabriel Orozco employs the metaphor of the supermarket to reveal, in microcosm, certain constitutive functions of the social. Orozco’s supermarket shows how powerfully human subjects are oriented by nonhuman objects, with the shelves representing the physical infrastructural conditions of possibility for subjectivity and sociality.

OROXXO offers Orozco a refreshed spatial environment to explore the phenomenology of systems and structures which enable relations and the exercising of individual agency, something achieved through the topographical marking of seemingly banal, inanimate objects in a supermarket. The supermarket is a vehicle for Orozco to expand on his ongoing interest in the interconnectivity of relations, encounters and chance.

Orozco, no doubt the most influential Mexican artist in the last decades, is permanently changing the rules of the game. In this occasion, the sale price of the works will be affected by the rules of the game designed by the artist, in which pieces can be acquired at exponential prices at different points in time: from the conventional mass- consumer prices to the unregulated and subjective prices of the art world where Orozco’s own market is beyond solid and well-established.

Since the early 1990s, Orozco has been applying circles in many different configurations to a wide array of found and made surfaces: photographs, tickets, money, paper, canvas, bone, terracotta and stone, among others. The spread of circles across multiple differentiated surfaces in his practice could be likened to the way brands and logos work as signs of global capital. By fastening to the surfaces of such a diverse range of objects, including banknotes, but now soft drink cans, candy packets, ice cream wrappers and medicine boxes, Orozco suggests the movements of globalized flows that colonize everything, everywhere.

Among the more than 3000 products available at an OXXO 300 of them will be intervened by the artist, ranging from soda and beer to chips, canned food, candy, juice, liquor bottles candles and condoms. These will feature a contraposition of logos and narratives, the juxtaposition of easily recognizable images that suggest an iconic reading of the symbolic Mexican contemporary market.

The 300 products selected will be on sale as individual series of 10 pieces each, exponentially reducing the price by each unit, for a maximum total of three thousand works that will be produced only once they are acquired by the consumer and collector.

This exponential, exceptional and unique game proposed by the artist is a philosophical and numerical reflection that goes back to the fable that tells the story of the game of chess. The creator of the game suggested to the king that his payment for having invented chess would be as follows: one grain of rice for the first square in the board, two for the second, four for the third and so on, duplicating the quantity in each square. The king accepted thinking it was very little for such an invention but in the end he could not fulfil the payment.

Genesis of the project

The art market for both historical and contemporary works has rapidly grown, and artists and their images, within their respective production and reproduction systems, have suffered profound transformations in recent years. More and more people have access to the imagery of the artists, but fewer of them can consume or collect. Would it be possible that a mass- consumption store such as OXXO sold art on its shelves? Would it be feasible that a gallery became a convenience store for the masses? Have we reached the time of the artist as transnational brand for mass-consumption?

Through the vast application of Orozco’s circular motifs onto the surfaces of many consumer products found in a regular OXXO, OROXXO also comments on the art market itself, highlighting how successful artists – those that manage to have their work widely exhibited, bought, and collected – may be seen as twin engines of branding knowledge, both as consummate image managers, and as managers of their own brand.

“What principle of “nutrition” could art provide so as to be distributed in an OXXO?” Like a strategy game, a game of chess based on economics, or a game of logos and memory, Orozco sets up new viable rules to the game; he tries “to find a logic that matches production, distribution and consumption patterns and that can be inserted in a regular OXXO’s functionality, but which could also function temporarily within the art world”.

“It is a great honor for OXXO to collaborate with Gabriel Orozco, one of the most well-known contemporary artists at an international level”, stated the company owned by FEMSA who participates in this project intended to spark a reflection about contemporary art and the market in Mexico. In this particular economic and political atmosphere, Orozco merges the two economic realms in the artistic and cultural practice of Mexico today, cultivating an encounter with new audiences and with original forms of creation.

Gabriel Orozco has chosen specifically to work with OXXO and not with a similar kind of company that could exist anywhere on the globe; it is a recent cultural phenomenon specific to Mexico. “We are talking about production and distribution at a national level, of a potential internal economy, that in just a few years has become part of our daily language, of our jokes and emergencies, one of the icons of our culture, education and visual landscape.” As Orozco has mentioned, his work “has always been specific in that sense, in each country that I’ve lied in I focus precisely on these kind of situations. Each project I make, in every city or community where it takes place, is involved with that culture in particular, and that specificity has always interested me, because there that I can start a dialogue with a possible universal culture. That regionalism and its universal and personal transcendence is what I’m looking for in my work”.

Orozco’s work grows from a specific place: the OROXXO could not operate anywhere outside of Latin America, much in the same way that the yellow Schwalbe scooter could only work in Berlin, the Vespa scooter in Milan, the bicycle in Amsterdam or the billiard table in London. There is a topological value attached to these forms which, as art historian Briony Fer says, “allows Orozco to play on the iconic rather than simply reinforce it.” By this view, “OROXXO” is adaptive and responsive to very socio-specific situations and contexts. As Fer continues: “Orozco’s work is made possible precisely because of it’s geo-graphic susceptibility to place, because each work interacts with its environment and in the process changes. In this respect, the work of the work is contingent rather than pre-given or ready-made.”

The artist points out: “the sticker with which I intervene each logo is an irony that stems from my graphic geometric work, which I have been doing for quite a while now, but now converted into a street sticker or graffiti. I had worked before with these kind of abstract stickers, pasting them on some of my works and books, always using the circles, their axis and the four colors (red, blue, gold and white) that define creation of quadrants as well as their projection and interaction with real-life objects. As is the case with all my work that deals with the interaction of different scales, by superimposing my insignificant sticker over the recognizable logo of a well-known package, the image reveals and cancels itself out simultaneously, just as the insignificance of the geometric pattern that recycles it, producing a new, double visual and economic meaning.”

“It’s about revising the entire panorama of the OXXO, although now it’s become an inside joke which we call OROXXO, not unlike an iconic landscape in itself, but full of icons inside, of logos and words, of publicity and internal politics, a reflection on how particular products set against the universe in which they were presented, and now have been represented”. The project intervenes these daily household products in which one can find, as Orozco rightly points out, “many images that define contemporary Mexico.”

The intervention can be visited starting February 8 and through March 16, Monday to Saturday from 10 am to 7 pm at kurimanzutto gallery, located at Gobernador Rafael Rebollar 94, San Miguel Chapultepec in Mexico City. 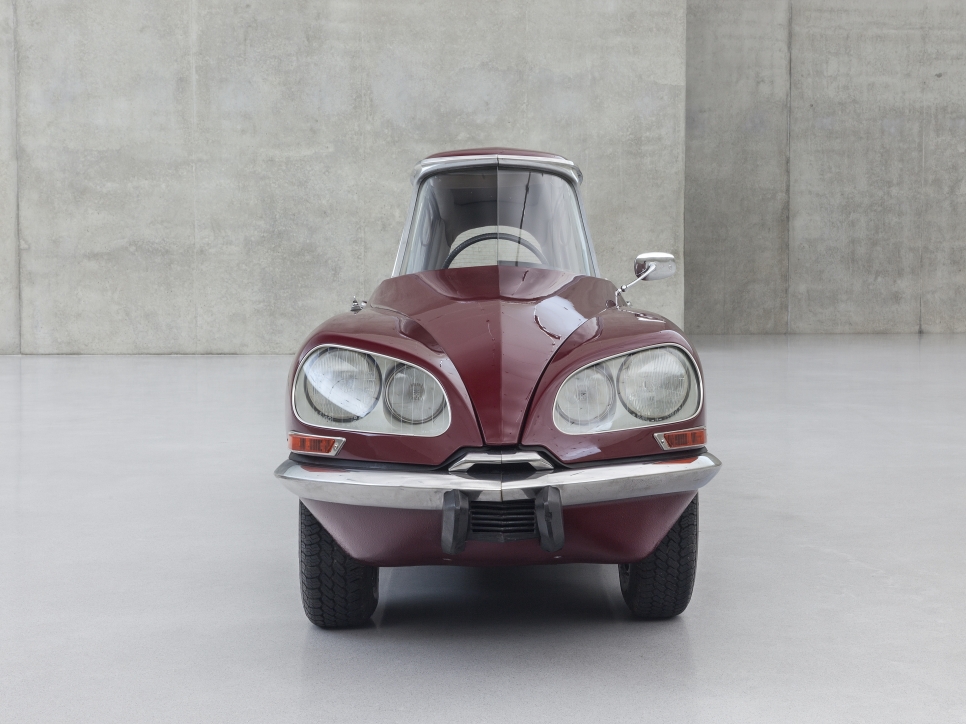