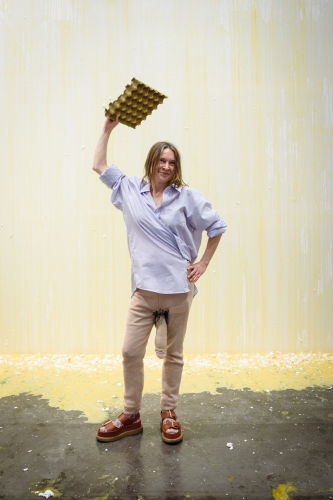 Sarah Lucas’s practice is characterized by irreverent humour and the creation of visual puns and vulgar euphemisms. Spanning sculpture, photography, and installation, her work evokes the body in its physical, cultural, and psychic dimensions. In her compositions, Lucas often uses everyday objects as a substitute for the human body: furniture, food, tabloid newspapers, tights, toilets, and cigarettes are usually coupled with slang and crude genital innuendo. These elements intertwine and transform into visceral, anthropomorphic representations of limbs, breasts, and phalli; forms that are embodied in light-reflecting bronze sculptures or as plaster casts taken directly from models. In order to probe representations of gender and national identity, Lucas also employs familiar references to postwar and contemporary British life. By appropriating and exhibiting lewd gestures that reveal the absurdity of sexual stereotypes, she subverts the male gaze and the tropes of what is considered feminine or masculine; in a similar vein, her defiant self-portraits invoke the sexual dynamics of the observer and the observed. Lucas’s artwork pushes the sculptural possibilities of bodily representation to question the way we understand and relate to inherent aspects of human experience such as sexuality, illness, and death. 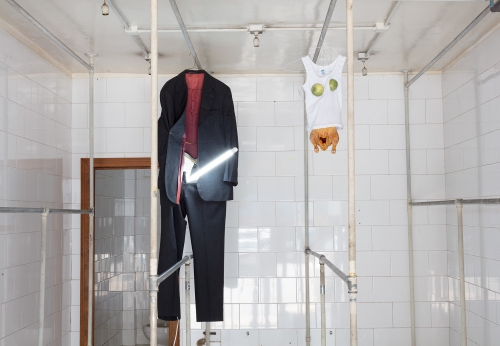 Sarah Lucas represented the British Pavilion at the 56th Venice Biennale with her exhibition I SCREAM DADDIO in 2015. 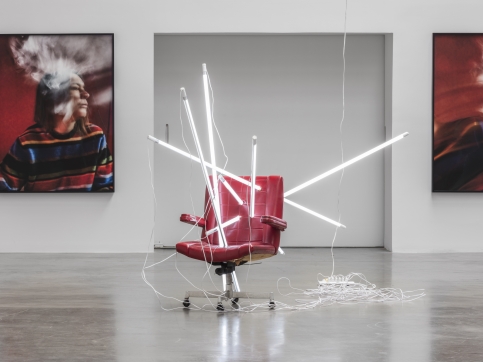 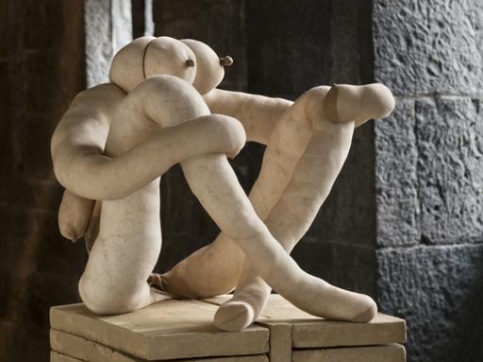