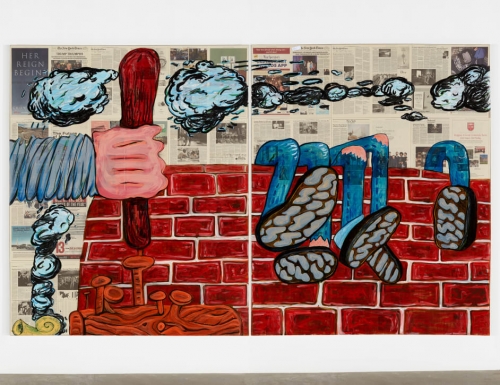 Ever since he has been making art, RirkritTiravanija has allowed ideas, images, and texts developed by his predecessors to resurface in his own works so as to better direct his practice toward the questions he faces in the present time. This is not Appropriation in the manner of figures from the Pictures Generation (Sherrie Levine, Richard Prince, and others), who were prominent when he was becoming an artist: Tiravanija’s borrowings are not motivated by questions about authorship or originality, or the deconstruction of the art historical canon. Rather, he repurposes what seems useful to him, just as Gretchen Bender, for whom he once worked, recycled adverts and logos as a way of deconstructing the image world of Reaganite America.