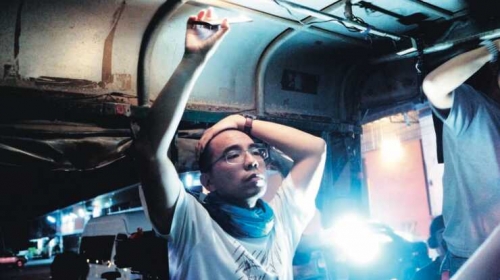 In 1993, Apichatpong “Joe” Weerasethakul released his first film, Bullet. Since then he has released more than 40 short films and installations—including Vampire, which was commissioned by Louis Vuitton—and eight feature- length films. Almost all of his features have gone on to garner prestigious award nominations and wins, including the Cannes Film Festival Prix de Jury for Tropical Malady and the Palme d’Or for Uncle Boonmee Who Can Recall His Past Lives.

In this interview, he talks about his film Cemetery of Splendour (2015), and the unique journey he has taken as a filmmaker.