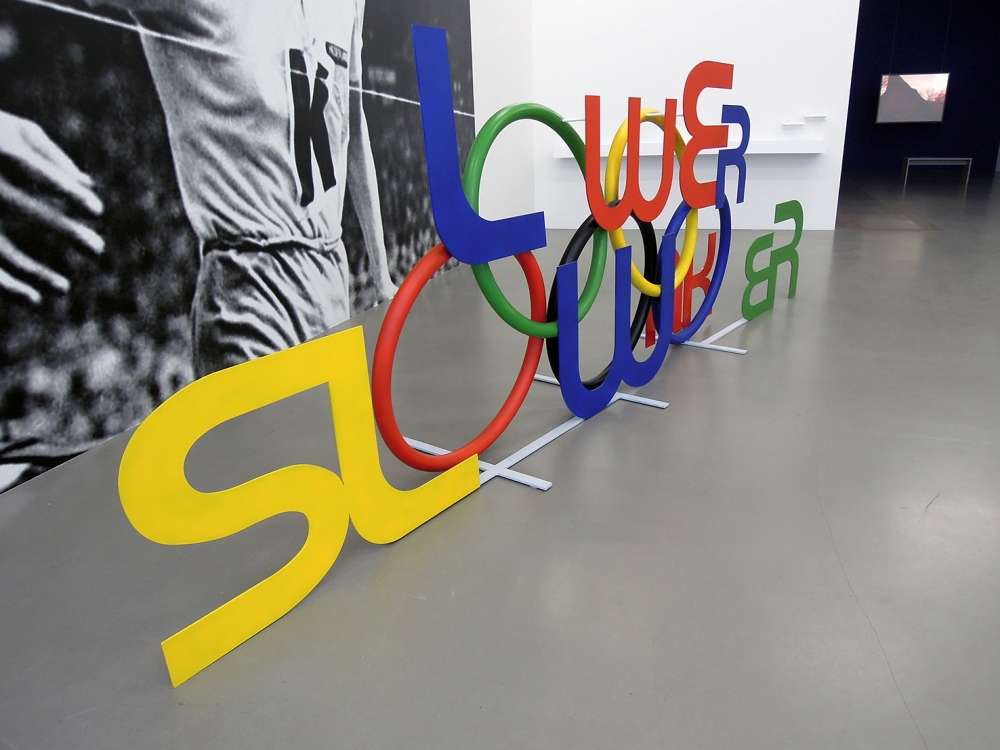 Minerva Cuevas appropriates the language of the establishment (institutional branding, advertising and commerce) while delivering a message of non-compliance and resistance. Working in different media such as film, performance, installation and mural painting, the research process is a core element in her artistic practice.

In the exhibition No Room to Play Cuevas plays with apocalyptic perspectives and deals with the history of playgrounds in Germany after the Second World War. She explores the connection between historical conditions of urban development and territorial affiliation with principles of competition and play. The motto of the Olympic Games, "Faster, Higher, Stronger", is subjected to a close scrutiny in the context of feminist and anti-capitalist perspectives.

Minerva Cuevas (b. 1975 in Mexico City) was a fellow of the DAAD Artists-in-Berlin Program in 2003 and presented the exhibition titled Schwarzfahrer are my Heroes at the daadgalerie in Kurfürstenstrasse in 2004. This year she has been invited again to develop a new project for the space of daadgalerie.