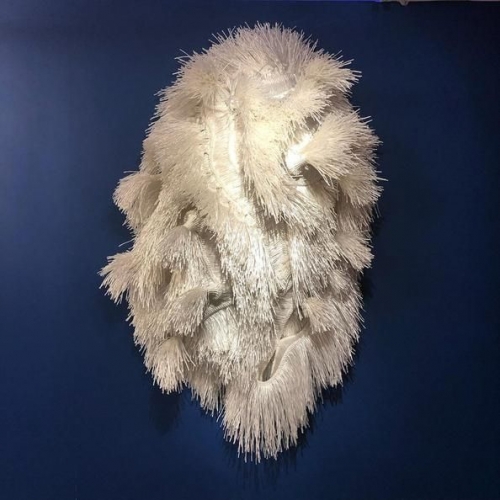 An Opera for Animals takes the history of different versions of opera as a departure point to explore both contemporary and traditional uses of performance, fantasy, and group spectacles in relationship to the environments that they inhabit. Intimately connected to the making of myths, the fabrication of events, orchestration, and invention of new technologies, opera emerged seeking to synthesize different aesthetic forms into a unified experience audiences could immerse themselves within. Like the complex history of the museum or exhibition, it has gradually developed into another collective kind of ritual. At the height of its development in the West, opera increasingly became conjoined to the vision and forceful influence of colonization, and we re-contemplate the medium as a compromised interface that precipitated struggles with indigenous worlds and other knowledge systems.

Despite the fact that colonization has seemingly ended in many parts of the world, the struggle to preserve indigenous forms of heterogeneity still lives itself out into the contemporary age today. This other world outside of what is considered ‘high culture’ has always been a source of fear and intrigue for opera, it has long been an inseparable reservoir of imagination for the medium to replenish itself in spite of its outward ambition to reach and supplant it. Beyond the specter of phantoms in opera, animals and cultural narratives around animals reemerge in the exhibition as extensions to infiltrate and expand the specificity of opera as an institutionalized setting to consider the pattern of the relationship between our modernity and the natural world. Our interest lies in how the medium inadvertently mutated into an expanded stage for other more unpredictable transitions between notions of animality and our humanity. The exhibition at the Rockbund Art Museum will unfold throughout the different levels to offer a different operatic environment to explore these inter-related themes.