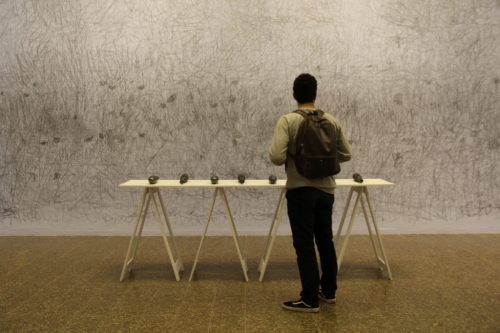 kurimanzutto celebrates the exhibition Herramientas de trabajo, whose semi-retrospective character seeks to show the trajectory of Carlos Amorales and his creative process to the Colombian and international public.

The artist is mainly interested in language and the impossibility or possibility of communication through non-recognizable or un-codifed forms such as sounds, gestures and symbols, experiencing at the same time, the limits of image and sign through different mediums such as animation, video, cinema, drawing, installation, performance and sound.