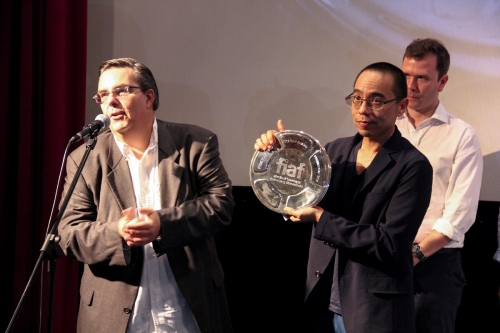 FIAF, the International Federation of Film Archives, the largest and most important global network of cinematheques and film archives around the world, has announced that its 2018 FIAF Award will be presented to Thai filmmaker Apichatpong Weerasethakul next month at a special ceremony in Bangkok, Thailand. The ceremony will be held on Monday, November 19th at the Thai Film Archive, Apichatpong's "archival home", in the presence of the Thai archival and film preservation community as well as the FIAF President and Executive Committee.