In his installations, performances, sculptures, drawings and photographs, Roman Ondak invites us to rediscover habits and common objects hiding within everyday life. Whether standing in line, checking the time or walking within designated areas, the Slovakian artist transforms daily rituals into strangely bewildering actions by transporting them into the spaces of galleries and museums. Through his work, the spectator discovers new possibilities and points of view whose political and social impact envisage alternative realities. Ondak’s experience growing up in the former Czechoslovakia contributes to the fact that many of his pieces explore the idea of borders. By subtly intervening and distorting a particular space, he examines the tendency of societies to systematize and structure existence and to organize the world in terms of inclusion and exclusion. Using everyday activities and objects as a form of raw material, Ondak’s work questions the nuances between private and public, inside and outside, representation and reality.

One of his better-known pieces, Measuring the Universe (2007), which was presented at MoMA and at the Pinakothek der Moderne in Munich and the Tate Modern in London in 2007, was included in his solo exhibition, Roman Ondak: la exhibición se desvaneció sin dejar rastro at the Museo Tamayo in 2011. In this work, the artist translates the family tradition of marking the yearly height of children, into a performance that incorporates audience participation spanning along the walls of the museum.

From September 19 to November 1, 2014, Ondak returns to Mexico to present Signature at kurimanzutto. The homonymous installation on view in the main space reconfigures an old Remington typewriter belonging to the artist’s family that was rediscovered by Ondak, who then took it apart piece by piece and reinstalled it within the gallery. Walking amongst the dismantled fragments, the spectator reshapes and reconstructs the typewriter within his mind.

Ondak’s production process for “Signature” (2014) echoes the mechanical writing dictated by a typewriter, in which lines are sequentially created, so that one must be completed before starting the next. Once finished, the first piece of the installation provided both a direction and a path for the following work.

Virtually every part of the Remington typewriter is on view, mounted or resting on tabletops, rulers, plinths, stools and locker doors. Collected over the past year, some of these objects were sourced from his old belongings, which had been stored for decades in his parent’s home. Others were meticulously selected from the wrecks of the factory that presently doubles as his artist studio in Bratislava. These worn out objects still speak of their previous existence among people, but now they are seen at a certain distance, untainted by nostalgia and manipulated into new forms. Not unlike an archeological find, Ondak presents the viewer with a re-worked version of a self-portrait, constructed through objects from his own past that evoke his present environment. 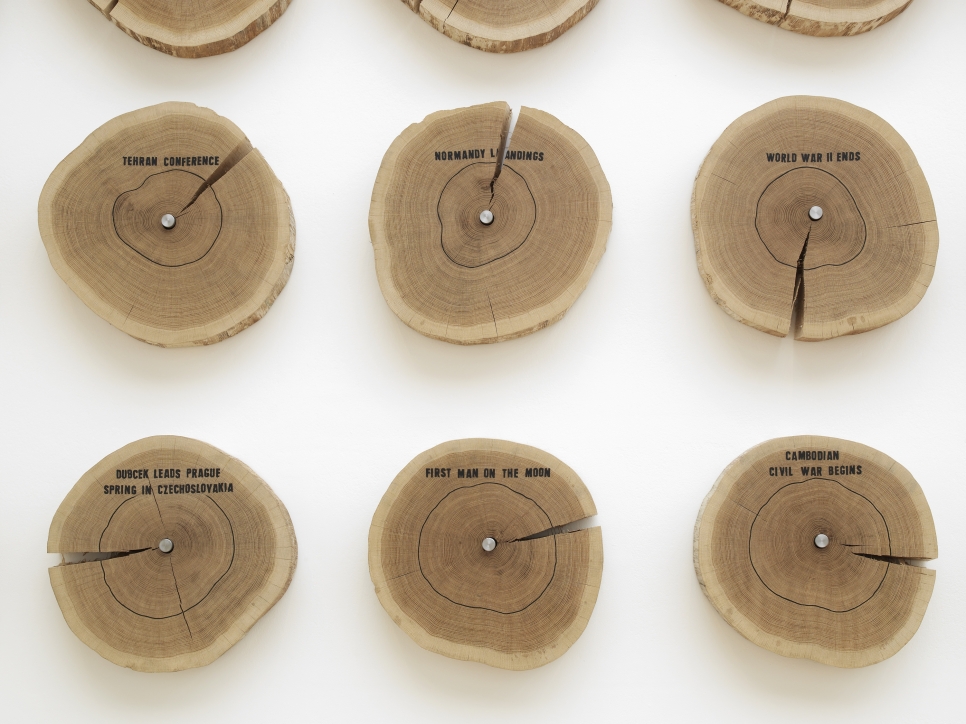