Irreverent and serious, purposeful and inconclusive, Roberto Gil de Montes’ paintings explore the hidden images and forgotten or imagined stories of the exuberant everyday life that he sees. A black mark in the centre is a void, or an egg, a mass grave, or a dance floor, a stage, and also a veladoraflecked piece of earth for planting. The canvas is fertile terrain on which to realign the spaces between the real and the imaginary: figures float in abstraction or are laid across surfaces, misfits and explorers in their own habitat.

Gil de Montes approaches the mystifying and theunspeakable by turning up the volume as far as it will go and plunging into an idea, resisting discourses of violence and aversion in favor of intuition and pursuing a provocation all the way to its most vivid depiction. His is an imaginary of incongruity and color, of the instinctive and the misunderstood, where fidelity to the absurd and reverence for the humble clarify and illuminate with deceptive naïveté; of course a fisherman is Venus and a boy reads the news on a tumba in the panteón.

Symbolic charge pervades contemporary life if we choose to notice, and these images telescope history to draw on pre-Columbian and Huichol iconography and evoke the interplay between the fantastical and the mundane that characterizes so much of our experience. Here the venado are hunted, disappeared, voiceless, and they are also the celebrated adornments of folkloric illuminations and affirmative solutions. A goat is sacrificial and is also a man in a mask asleep on a pavement after a long night. Masks, oneiric encounters, the gestural remains at the end of the party that are also the signs of a next future already being conjured.

Roberto Gil de Montes was born in 1950 in Guadalajara, Mexico. As a teenager his family relocated to the United States where he later went on to receive a BFA and MFA from Otis Art Institute, Los Angeles. As a young artist he became involved in the Chicano art movement in and around Los Angeles, developing relationships with artists such as Carlos Almaraz. In the 1980s, he returned to Mexico City where he worked at the Museo de Arte Moderno and on Artes Visuales, the prestigious arts journal that explored visual culture in Latin America. Roberto returned to Los Angeles to concentrate on his painting practice and began to exhibit widely. He also became involved in the creation of LACE (Los Angeles Contemporary Exhibitions) and began to show with Jan Baum Gallery, the only gallery at that time to show Black, Latinx and Asian artists on the West Coast. In 2000, he and his partner, Eddie, packed up their home in Echo Park and moved, via San Francisco, to La Peñita, a fishing town on the Pacific coast of Nayarit, Mexico, where they had spent many holidays. Roberto continues to live in La Peñita and paints in a studio directly overlooking the town plaza, a block from the coast. 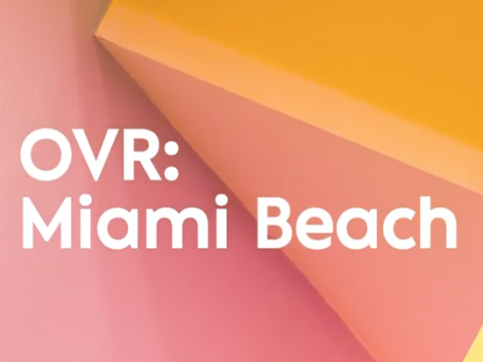