During the first two months of the pandemic, Miguel Calderón sought refuge where his grandfather once lived on the coast of Guerrero, Mexico. Living there in uncertainty, the artist went for walks to the desolate beach where a skinny, starved, black dog began to follow him. In reflecting upon what was happening, Calderón associated the dog’s shadow with recurrent images of disaster and hallucinations prevalent in Francisco de Goya's work, a constant visual reference since his beginnings as an artist. The contour of the dog changed as she slid across the sand, and in moments of delirium, Calderón confused its shadow with his own. Se Llamaba Sombra (or Her name was shadow) compiles a series of photographs of these encounters that feature portraits of the dogs’ black, distorted silhouette as it followed the artist.

During the day Calderón sought protection from the sun under the beach’s palm trees in order to sketch. He noticed coconuts occasionally fell from the tree and exploded violently on the ground. A local man warned him about the dangers of dying from a falling coconut. The information piqued his curiosity and he discovered that one is statistically more likely to die from a falling coconut than from a shark attack. Calderón found it ironic that when he took refuge on the unpopulated coast as an escape from the danger of the pandemic, he faced another, more ridiculous one: death by coconuts. Such a morbid possibility felt out of synch with the idyllic surroundings of the beach, provoking simultaneous feelings of melancholy, anxiety, and humor in Calderón, tensions which are reflected in the works he made. The series of drawings and watercolors, titled Amenaza cocotera (or Coconut threat), arose from this experience that invoked irony and concern over the discovery that a looming and potentially greater threat existed in refuge. The series reflects the uncertainty and absurdity of Calderón’s revelation.

For Siembra 12: Buenavista, Guerrero, April 2020 Miguel Calderón gathers a body of work that is linked to an emergency situation. In it, the artist exorcises fears and concerns through deformed figures, delusional hallucinations and catastrophic thoughts, infused with a sense of humor expressed on different media.

“Black, Thin, Shadow. Her three names defined the images that formed during our walks and at the same time, in some way, my mental state of those months. Her shadow was the reflection of my own shadow, but also a kind of mirror of the delirium of reason. “

Miguel Calderón received his BFA from the San Francisco Art Institute in 1994. He has been the recipient of the Cisneros Fontanals Art Foundation Grant & Commissions program (2013), The MacArthur Fellowship for Film and New Media (2000), and the Bancomer/Rockefeller Fellowship (1995). 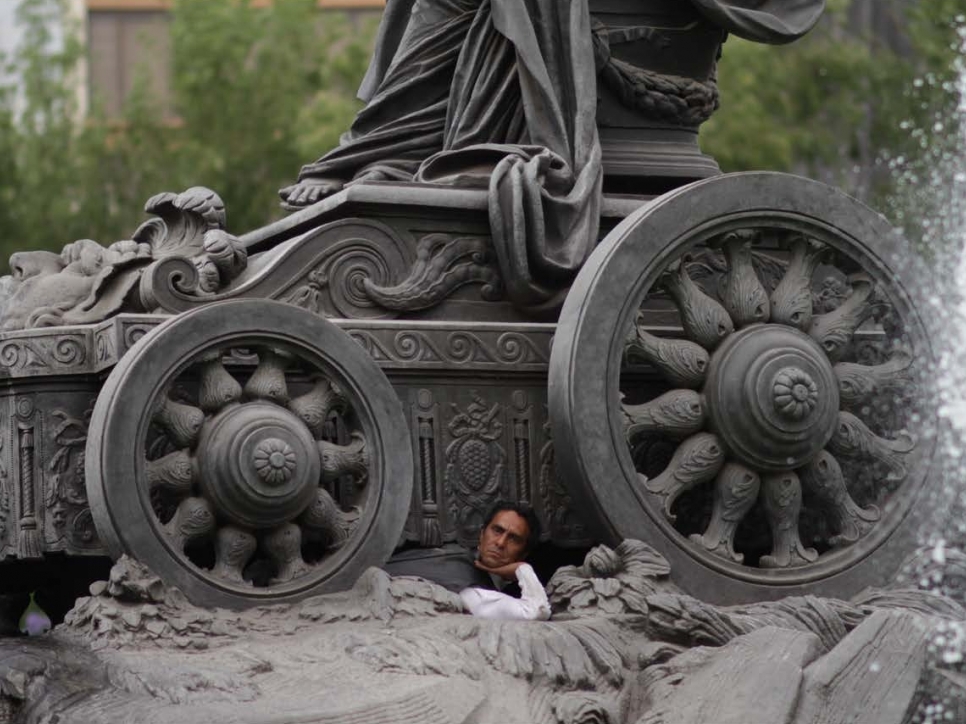